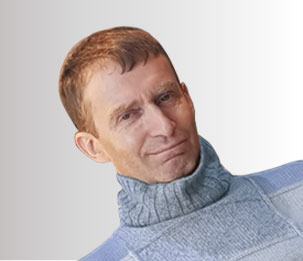 VISITORS FROM THE FUTURE

There are more things in heaven and earth, Horatio, than are dreamt of in your philosophy.

Information about a visitor from the future has hit the World Wide Web. He claims to be from 2030. He knows what will happen in 2030, who will the presidents in the US and Russia be in 2030, when the current US president Donald Trump will die, and so on and so forth. Moreover, he claims that it has already been 15 years since scientists have learned how to send people into the future, but have kept quiet about it. Is this possible?

As far as I understand the nature of Time, traveling into the future in a physical body is in fact impossible. The future is separated from us by an unbridgeable border. But this does not mean that one cannot travel into the future!

A journey into the future is possible in what is known as an astral body in yoga. Robert Monroe, whom we shall light upon hereunder, called it the second non-physical body. The first non-physical body is called etheric in yoga. These bodies, according to yoga, are nested one inside another, so that the physical is inside the etheric, and the etheric is inside the astral. And yogis (as well as shamans and visionaries of all times and peoples) could “foresee” the future by moving their consciousness into this astral body.

In the 1960s in America, Robert Monroe experimented with binaural beats. A binaural beat is when a sound wave of, say, 400 Hz is projected into one ear, while the other ear receives 410 Hz. Our brain begins to hear a frequency of 10 Hz (the difference between the frequencies for the left and right ear) and to adjust to it – this is the binaural beat. In the course of the experiments, he discovered combinations of frequencies that led to out-of-body experiences, and in fact Monroe reached his own astral body directly, bypassing the etheric body. In this astral body, he moved to different points in our Universe, into the past and the future. He also wrote 3 books about this.

In the 1970s, Monroe founded the Monroe Institute (it exists to this day), where he taught anyone interested to leave their bodies. Not everyone succeeded – certain talents are needed in any field of activity, – but Monroe himself writes about thousands that did.

What Monroe did not reveal in his books and what came later is that he worked in close cooperation with the US Defense Intelligence Agency in what was called the Stargate Project. For this project people with sensitive abilities were selected and, using Monroe’s experience, they learned to leave their bodies. Of course, the military was not interested in time travel, it was interested in remote intelligence. After all, with the help of the astral body you could learn about what was happening in Moscow without physically leaving Washington.

In the 1990s, this project was dissolved due to a lack of budgetary funds, as well as a lack of significant results – and it was declassified, i.e. it became possible to talk about it. Books written by former participants soon appeared – claiming that the results were in fact quite significant. At the same time, 90% of the information on this project remains classified today.

All these books – both written by Monroe and by the participants of the Stargate Project – can easily be accessed. Nobody hides them from anyone. And all this happened about 40 years ago, not 15.

Thus, a journey into the future – even if it is not in a physical body – is possible. BUT – and this is a big ‘BUT’ – the future is not necessarily our future.

The future cannot be accurately predicted. When clairvoyants predict the future (i.e., by one way or another visiting it in their astral bodies), they see the Present Moment. They see what is happening in the wave that is at that moment above the timestamp corresponding to the future. But before our wave reaches this mark, the Present (with a capital letter) can change. And accordingly, we will see a different picture in this future (which by that time will be our present).

Therefore, no prediction of the future can be absolutely accurate. It is always more or less probabilistic.

Robert Monroe was a very unusual person. And he was certainly led from Above – all his findings and studies were not accidental. In his out-of-body travels in time, he visited the advanced terrestrial civilizations of the past and the future and left their descriptions – an interesting reference for comparing with our current society and for understanding in what direction and with what purpose our civilization is developing.

However, Monroe himself was more interested in another part of the out-of-body flights that he undertook – he was looking for answers to the question “what will happen to us after death”. And he found them. These answers are very far from what all existing religions tell us about the world that we will perceive after death.

And I do strongly advise you to get acquainted with them. 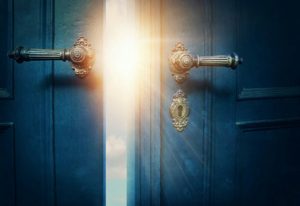 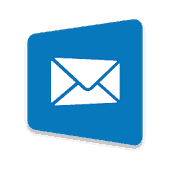